‘Sean Carroll’s a kite enthusiast,’ Bradshaw said after Nightingale had ended the call. ‘He’s not a dork.’

Poe grunted. He had a problem with ‘enthusiasts’. As far as he was concerned, on the ladder of weird interests that eventually escalated to criminal behaviour, enthusiasts were only a rung below Obsessives, and he’d seen first-hand what obsessed people were capable of...

Yup, this case is strange enough that Poe is driven to consult a kite dork—sorry, enthusiast—that's just how desperate he is for a clue. Not only has Poe seen first-hand what obsessed people can do, he's frequently the obsessed person in question--he can make Harry Bosh look laid-back.

What's The Curator about?

It all starts around Christmas—two severed fingers are found in a public location with no indication how they got there. Tests show that one finger was removed from the victim while they were alive, the other after they were dead. Two more sets of fingers show up in equally public, yet hard to access places. Clearly, there is a creative, disturbed and clever killer at work. The local police waste no time in calling in Washington Poe—this is up his alley, near his home, and the replacement for Detective Superintendent Gamble knows they need his assistance. With Poe comes his DI, a very pregnant Stephanie Flynn, and Tilly, everyone's favorite analyst.

Racing against the clock—the last thing anyone wants is another pair of fingers showing up—Poe and Tilly do all they can to figure out what the victims have in common, or what would make them a target. And what "#BSC6" could mean—it was left at each scene, and even Tilly is stumped by it.

They catch a break or two, and Poe makes the most of it. Before long, they're able to make an arrest, Tilly is able to do things with that evidence that even Poe didn't know she could do—solidifying the case they have against their suspect—who begins confessing to crimes no one knew about. But he won't confess to the killing.

And then there's a phone call from a crusading FBI Agent to Poe. And suddenly, everything that Poe thought they'd established about the killer is thrown out the window.

From that point on, I couldn't believe what I was reading. It was surprise after surprise after surprise. The twists didn't stop coming—I'm pretty much at a loss for words. Is there a word that means "more than intricate"? If so, I need to learn it so I can describe this novel. Craven doesn't cheat when it comes to his twists and reveals—it's all there in the book for you to find. But you probably won't, because Craven's smarter than almost all of his readers.

What about the characters?

The real draw to these books are Poe and Tilly. Everything readers liked about the before is back. Their camaraderie is as strong as ever and the reader can feel it radiating off the page, who needs a friendship of your own if you can live vicariously through theirs?

In The Puppet Show, Poe was trying to find his footing again after being reactivated. In Black Summer, he's fighting to protect his reputation and career. Here? Poe's just a man on a mission, with no distractions or hindrances in his way. Poe unleashed is a great thing to behold.

As much as Poe's a local legend among Law Enforcement, it won't be long until Tilly's as much of a star (if not more). Watching her win over a bunch of jaded, cynical cops by being her brilliant, socially awkward self was so much fun. (her interaction with a representative from the Ministry of Defense might have been more entertaining, but not by much)

I don't want to take away anything from DI Flynn—her role in this is pivotal, but her role in the investigation isn't as large as it has been before, making her more of a supportive character than usual. Her condition, and Poe's protective instincts (despite Flynn's objections), won't allow for anything else.

Detective Superintendent Nightengale is a no-nonsense woman. She's clearly a good officer, a good manager. She wants to do things by the book, but she's clever enough to give Poe and Tilly all the latitude she can for them to do a more effective job than the by-the-book route, just in case. I'm sure that eventually,, she'll run out of the patience required to deal with this team—but that's a plot complication for another day (and one I look forward to).

Estelle Doyle, the pathologist we met in Black Summer is back and just as wonderful. I know it'd be pushing things to have her play a larger role in these books than she does, but the few scenes we have with her are just not enough to satisfy.

Neither space or time permit me to discuss the other standout characters—on both sides of the law. I would like to talk a bit about the eponymous Curator, because the Curator is the kind of character that you want to sit around discussing for a couple of hours. Obviously, I can't do that here.

So what did I think about The Curator?

In addition to the plot and characters, there's real pathos, real tension, real heart—and even some real laughs. I'm not sure I breathed enough in the last seventy-five pages, it's probably good that I wasn't hooked up to an oximeter, the alarms that it would have sounded would've been really distracting. As usual, this is given to us via Craven's crisp and compelling prose. Combine those characteristics with a top-notch mystery? And you've got a book that deserves all the accolades the first two books in this series has received, and then some. As good as The Puppet Show and Black Summer were (two of the best books I've read in the last two years), The Curator is better.

It was two days after I finished this before I could start another book—three before I could start another novel. That is rare for me. But I needed some time to recover/come down from this one. Pick an element—plot, atmosphere, character, pacing, complexity, twists—Craven nails it all. This is an exceptional work. It's pointless for me to say anything else, why try to gild the lily? 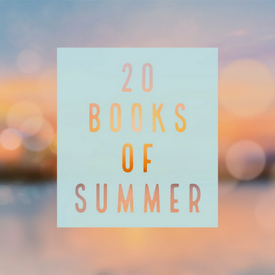