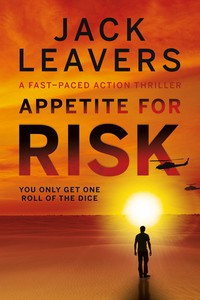 It's 2004, Saddam Hussein is out of power and the focus is shifting to rebuilding Iraq (few have any idea of the insurgency just around the corner), which sounds great to John Pierce. He's a former Royal Marine trying to support his wife and two kids. He's done the typical security/investigations work, but that isn't really satisfying to him. He does have a few good contacts in or related to Iraq and decides to try to build a business there.

<blockquote>I intended to provide consultancy services to international companies, using local support and knowledge to help them win a share of the reconstruction contracts. Iraq needed everything after the West had sanctioned and bombed it to a ruin over the previous decade.</blockquote>

It's not a safe place to be at the moment, but it seems to all that stability is just around the corner, and even after an eventful first trip that might dissuade some from following that path, we're told:

<blockquote>Despite the risks, there was never any real doubt I would go back. The siren call of adventure was drawing me inextricably to Baghdad. Now I’d started down this road, I remained determined to see where it would lead, hoping desperately that success would be quick to arrive.</blockquote>

The book follows Pierce's endeavor to find that success from January 2004-December 2005. We travel with him to various locations in Iraq (and surrounding nations) and back home in England. As with most fledgling businesses, there's a lot of ups and downs, signs of success and trouble alike—when you consider the risks involved in trying to start something in Iraq in 2004-05, the typical struggles of a new venture pale in comparison.

Quite inadvertently, Pierce gets the attention of both British and American intelligence and they secure his aid with little regard to the effect that'll have on his livelihood.

It's hard to think of this as a novel—it really doesn't read like one. It reads like a memoir. It may be fiction, but it reeks of authenticity and bears few of the marks of a thriller (or any other kind of novel). This is both a fantastic achievement and a frustration for a reader who expects certain kinds of things from a thriller.

The level of detail is intense—I wouldn't have thought I'd ever learn anything about how one goes about finding contacts or establishing working relationships in the middle of a war, relying largely on translators and practical strangers to help navigate through the city/populace. On the one hand, it was intriguing and I quite enjoyed being exposed to this kind of thing. On the other hand, there were large stretches where it seemed like nothing was happening—like the dominoes were being set up and instead of knocking them down, the line kept getting longer and more twisty.

I never got bored, but I spent a lot of time wondering "where is this going?" While not every detail or anecdote ended up paying off, enough did to justify reading it and again, the level of detail made it really seem like you were reading the recollection of someone who'd been there. And while the initial 50-60% of the book could be called slow (after the initial chapters, anyway, which dropped the reader into a tense situation before backtracking a few months to establish things), once things picked up, they really picked up.

I don't know that I ever really made any emotional connection to Pierce—I was pretty unmoved by his marital or financial woes or triumphs. I still wanted to keep reading about what he was going through, but any trouble or danger he encountered didn't grab me (other than as an obstacle to whatever he was trying to accomplish). I don't know if this is something Leavers was trying to accomplish, or if it's the sign of a new author—I tend to think it's due to the non-fiction-y feel of the work, and I rarely get that connected to actual people I'm reading about.

I think I'm safe when I say that you haven't read a thriller like this before—it's a slow burn, but it's consistently interesting and you certainly feel the imminent threat constantly around Pierce. Once the action kicks into a higher gear, it's a pretty fast read, but you've got to work a little before then. It's a satisfying read, and one that will reward the time you put in. I recommend it for someone open to an atypical read where the suspense comes from sources you're not used to encountering (and a few that everyone is used to).

<i>
My thanks to <a href="https://damppebbles.com/damppebbles-blog-tours/" target="_blank" rel="noopener">damppebbles blog tours</a> for the invitation to participate in this book tour and the materials (including a copy of the novel) they provided.</i>