A fast, fun, and bullet-ridden adventure Bill is a con man, a hustler, a grifter with a gift -- one that has been put to good use by the Rockaway Mob until the day that Bill has had enough. He just can't keep going the way he's been going. So he leaves New York and heads off on his secret plan to leave the country. Of course, before he left town, he helped himself to a large amount of the Mob's money to fund his retirement. Which is as popular a choice as you can expect.

Only . . . his plan isn't as secret as he thinks and people are on his tail immediately. A pair of employees are sent to take care of Bill and retrieve the cash. And then another is shooter is sent before those first two have even had a chance to fail. And it's a good thing that happened.

Which is all I should probably say about the plot. Very little goes the way you think it'll go once things get rolling. What follows is fast, fun and violent. It's the least subtle critique of civil forfeiture possible -- and a whole host of other things.

The backup assassin is our entry into this world, these characters -- .he's notorious, he's infamous, he's "that guy." And . . . he's kind of falling apart -- his wife can't handle his vocation any more and is divorcing him. His point of view chapters are a mix of attitude, a little snark, mayhem and despondency. Somehow, that mix is a blast.

On the other hand, we have Bill -- who you somehow can't believe was ever brought into the fold by the Rockaway Mob, but he's clearly good at what he does. But little else, it seems. He has a real knack for moving from fire to fireplace to somewhere hotter yet. One of the other assassins sent after him was the one who brought him to the Rockaway Mob, who vouched for him. Her name is Fiona, and she's one of the fiercest, deadly, aggressive characters you've met recently -- and at least until recently, was in love with Bill (not that he treated her too well in his exit, and probably cooled her affections as a result).

This is a novella -- and there's not a lot of space for character development, for fully drawing out a character -- and while these three aren't as well drawn as Kolakowski has in other work, they're good enough for what he's wanting to accomplish here. (I hope that doesn't sound like a slight -- it's not supposed to be). They may not be fully drawn, but they're a lot of fun -- and there's some intriguing emotional beats between them and some of the other characters in these pages.

This book is primarily an exercise in violence -- there's a hint of torture, just a hint (but most of it happens off-screen). What's not hinted at are explosions and gunfire. There's a lot of it -- the literary equivalent of so much of the stylized cinematic violence inspired by Tarantino in the 90's. It's adrenaline set to music -- think Edgar Wright action scenes, but more lethal -- to skip a couple of decades (actually, I bet this novella would pair well with much of the Baby Driver soundtrack).

I had a hard time accepting how the last few chapters went, because I had the wrong idea about what Kolakowski was up to with this book (and, I bet, the next two books that follow). But I had a blast with it -- even the last chapters, once I gave up my preconceptions.

This is a fast, lean novella -- there's not an ounce of fat, not one unnecessary sentence to this. Kolakowski has a story to tell and he tells it. I knew going in that this was going to be a fast read, but I couldn't believe how quickly I got through it -- between the lean prose, the fast pace of the book and the action scenes, this was just a bullet train of a read (no pun intended).

Disclaimer: I received a copy of this book from the author. My opinions expressed above are my own. I appreciate the book, but I didn't sell out my opinions because of that.. 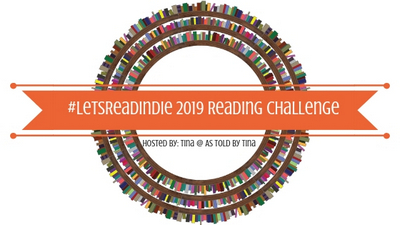 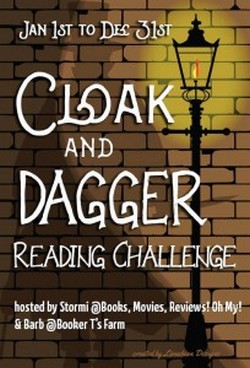