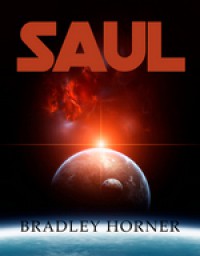 It just wasn’t fair. This whole fucking situation was downright ironic. The last eighty years had been a non-stop panic about righting all of their ancestor’s wrongs, a comeback after the nearly complete catastrophic dieback right before the turn of the last century.

Hadn’t they’d re-seeded the plains and the oceans? They had tried to make amends, hadn’t they? And apparently, the Earth was just a tiny bit slow on the uptake if this an attempt to punish them, that no, they weren’t forgiven, and no amount of flowers would ever be accepted. It was like the Earth was out to destroy their gardens just because they’d destroyed hers.

It turns out, no matter what kind of political, economic, scientific, or social utopia you create, the natural world around you isn't obligated to pay attention or cut you some slack.

Saul describes what Saul Rothe goes through in the 28 minutes where the Earth experiences an earthquake more widespread than anyone's experienced, resulting in devastation I can't describe. Saul's basically wrapping up professorial duties for the day, chatting with his wife while she's at work, checking on his daughter and preparing to go home when the quake hits. Basically, at this point, the infrastructure that humanity depends on fails, all of it.

Saul does everything he can to get to his daughter and ensure her safety, but just before he can, their apartment building collapses with her in it. Saul, who's been coming from a tower far above throws himself down, following her, doing what he can to save her.

Ignoring the wide-scale destruction and suffering all around him (maybe even adding too it unintentionally). To do so, he has to pull out every technological/future science trick he knows, invent a couple of new ones, violate standards, regulations, etc. By doing all this, he becomes a global celebrity and example to others -- leading many to mount their own rescue attempts to save those around them from the calamity.

Clarke's Third Law states, "Any sufficiently advanced technology is indistinguishable from magic." We've all heard that a million times, and while reading this book, I realized how handy that is for SF writers (I'm sure I'm not the first to realize this). You just imagine a technology impossibly advanced, and you can use it like magic. That's precisely what Horner does here -- and it works out pretty well for him.

Saul does so many things that defy physics (well, as I understand them -- apparently, Montgomery Scott was wrong, and you can change the laws of physics), especially time. I had so many notes along the lines of "too much talky-talk, and not enough rescuing here," only to see that a couple of seconds had passed -- part of the tech allows Saul and others to have long conversations about . . . . well, all sorts of things, while he falls, taking no time at all.

The world-building was amazing -- it's very easy to see, from the world he describes, the language he uses (much of which is defined in the very necessary glossary), to the technology, to . . . seriously, everything. There are very few SF novels with as fully-realized worldbuilding as Horner has pulled off here. That said, he could've done a better job communicating it all (or even a substantial portion of it all) to his readers. I'm not saying I need pages and pages, or even multiple paragraphs, detailing the history of why object X developed in this way. But a line or two here and there just to fill out our understandings would've been nice. Could I follow it enough to stick with the story? Yeah. Could I easily describe it to anyone else? No.

In the end, the SF story just wasn't my cup of tea -- I got it, well most of it, anyway -- but I just didn't like it. The Science was too abstract, too . . . "sufficiently advanced" for me to really enjoy. However, and this is the important part, the story about a father throwing everything he had at saving his daughter -- not caring for his health, reputation, safety, future, or society as a whole's health, future, safety -- I absolutely liked. There are going to be scads of people that eat this up -- and plenty of people that will muddle through the Science-y bits for the really good characters and story.

Give this a shot folks, it's worth the effort -- and, while I always want to hear what you have to say about a book, I'm extra curious about what others think of this one. Let's fill up the comment section.