An Earnest Introduction to a New World 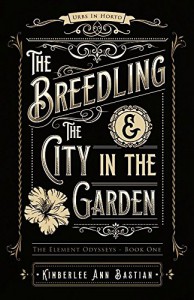 This originally appeared at The Irresponsible Reader as part of a Book Tour.

The immortal soulcatcher Bartholomew (soon to be known as Buck) comes to 1930's Chicago to track down someone and repay a debt. He comes looking like a young teen and is taken under the wing of a homeless orphan who seems to be a year or two older. The two have to deal with challenges and obstacles both mundane and other-worldly to survive, much less complete.

I'm not really sure how to describe the book beyond that, quite honestly. Maybe go back and check the main Book Tour post for a better description.

This book is all about what you think about Buck -- and Charlie, to a lesser extent. Buck/Bartholomew has an eccentricity, a naivety that can make him endearing, ditto for Charlie's street-smarts coated with his tough (yet tender) exterior. Better yet, if you find yourself invested in their friendship's ups and downs. If you like these two, are interested in what happens to them, pretty much every problem with the book can be ignored. I wanted more from both of those characters, and I'm not sure I can ignore the problems with the book just because to them. Still, I can see where many people would love these two and find my issues shallow.

There are some real problems with this -- for example, it's hard to tell just how much of Bastian's world is "our" world and how much is her mythology. Which might not make much sense, so let me try to explain: there are priests (I assume, Roman Catholic), but it's hard to tell if that worldview is true/a true world here; Eden means one thing to Roman Catholics, but pretty much it seems to indicate the mortal world in this book. Also, too often I think Bastian goes for mysterious or suspenseful and ends up being vague, opaque or ambiguous. She's done some great world-building here, I'm just not convinced that she's great at explaining that world to the reader.

Technically there was a narrative arc to this novel, with an actual ending and a place to jump off to the next novel. But only technically, this is part of a story at best, the first installment in a series that really just serves to propel the reader for the forthcoming book. There's some odd vocabulary sprinkled through the narrative occasionally -- its one thing for Bucks/Bartholomew to have antique words and phraseology due to his origin, but for the narrative to throw those in every now and then it just doesn't work it's jarring, drawing attention to it self

There's an earnestness to the writing, a clear effort on Bastian's part, and you want to root for her and her creation -- I'm not entirely certain she succeeds with this book, but man, you want her to. Those who like steampunk, but aren't tied to the tech; those who don't mind mixing fantasy with history; and/or those who like seeing children/child-sized characters in life-or=death situations, this could work for you.