Dave meets a better version of himself 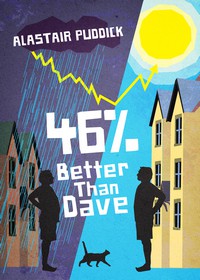 To say that our narrator, Dave Brookman, is surprised to find out his new neighbor shares a name with him. He shortly learns that they grew up near each other and are in the same industry. The coincidences are mindblowing. But as our narrator starts comparing the two, he keeps thinking that the "new" Dave has it better—from a literal ex-model wife to a flashy car, and all points in between.

But just how much better is "new" Dave? "Old" Dave puts together a spreadsheet assigning numerical values to various attributes/possessions and ends up with the titular value:

I sighed loudly. Of course, I’d expected there to be a difference. I knew he would come out on top. But 46%? That was nearly 50%. And 50% was half. So New Dave was nearly a whole half better than me. How could this be? What the hell had I done with my life? Had I wasted the opportunities we apparently both shared, as New Dave took full advantage of them? What could my life have been if I’d made different decisions along the way? Would I have my own company and a flash, expensive car? A house with a new extension and swimming pool? Would I be married to a former model, and have robotically clever children?

Dave spends weeks obsessing over this idea and dives into a (very one-sided) competition to become the "better" Dave. Which is ridiculous, preposterous and unsuccessful. And that's before his wife finds the spreadsheet. After that things go from bad to worse, and then worse. Until they don't.

It's a great concept, it hooks you right away. But it's what happens after the hook that's vital—how successful is that? Well, that depends on how you read the book.

If you are looking for any real degree of realism, it's just too hard to swallow. But if you look at "old" Dave as a character in a comedy—he's a lot of fun. He's really a decent, successful guy with a good family. At least until his neighbesis (his word) moves in and he becomes an obsessive, jealous mess. In his less-obsessive moments, he seems like a decent, likable guy and it's these moments that keep you reading. In his most-obsessive moments, he makes it hard to stick with. It's quite the balancing act that Puddick tries here, and generally, he succeeds.

Everyone else in the novel—"new" Dave and his family, Dave's family and co-workers—all seem perfectly normal and well-adjusted. Their reactions to him are perfectly rational and understanding, too. This both highlights his irrational behavior and makes everyone else the "straight man" to "old" Dave. Without that, I think the whole thing would've collapsed.

Puddick has given his readers a sweet and funny novel about obsession, jealousy, and what happens to someone when they lose sight of what's important in life. If you're looking for a fast and fun read, you'd do well to give this a shot.

My thanks to Love Books Group for the invitation to participate in this tour and the materials (including the book) they provided. 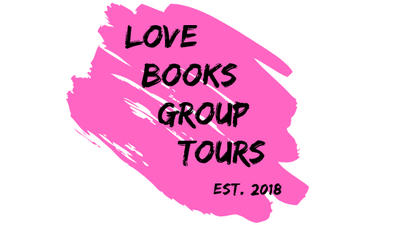