Catch-Up Quick Takes on Audiobooks of This is Where I Leave You, When You Reach Me, How Not to Die Alone, The Right Stuff

Trying to clear the decks here with these quick takes on Audiobooks, like I indicated I would be doing yesterday (which also helps from the deep dive I took on Hands Up yesterday, too).
--- 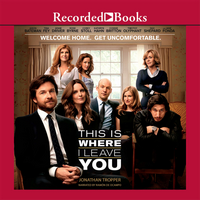 This is Where I Leave You

(the official blurb)
This is not my favorite Tropper novel—but it's a really good one, and I get why this is his most successful and the only one that's actually been adapted as a movie (or anything).

From the hilarious (and painful in many senses) opening to the heights of hope, the lows of sorrow, the uncomfortable nature of sitting shiva with estranged family, oh, and the obligatory Tropper awkward fight scene, this is a heartfelt, funny, and entertaining read (or, listen, in this case)

de Ocampo does a better job than I'd anticipated anyone doing with this—he captures Judd's anger, heartbreak, grief and everything else. He also gets the other characters—including some of the more difficult ones (Phillip, Tracy, Alice). I was really impressed with him, and am a little tempted to get a Wimpy Kid audiobook just to see how he does with that. 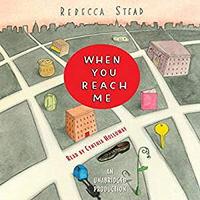 When You Reach Me

(the official blurb)
I didn't realize this was an MG novel when I grabbed it—I thought it was YA—it wouldn't have made much of a difference, it just would've been good to know what I was getting into.

Miranda is in 6th Grade, has one friend (who has just decided not to be friends anymore), and is obsessed with A Wrinkle in Time. Her mom is a paralegal and is dating a lawyer in her firm. It's the late 70's and latch-key kids are becoming more common, but not as much as they will be.

As Miranda tries to find new people to connect with, she receives odd messages about needing to write a thorough and completely true account of something that's about to happen. She'll know the thing when it happens. Totally normal, right?

There's some time travel, there's some personal growth, there's some tribute to L'Engle's novel. It's a charming little work, really. Sure, I could see most of it coming from miles away, but that's because I'm a few decades older than the audience, not because Stead didn't know what she was doing.

Holloway does a fine job, too. Capturing the bouncing emotions just right. I dug it, upper MG readers probably will, too (L'Engle fans are shoo-ins). 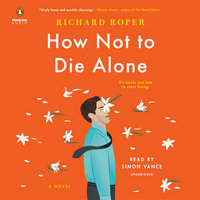 How Not to Die Alone

(the official blurb)
The concept for this novel feels like something that'd happen to George Costanza, but what makes this novel work is that Roper makes Andrew a believable, sympathetic human being—not the dumpster fire of a person that George was. It's utterly preposterous, really. But you can't help but believe it happening (and can likely see yourself doing something similar).

I've seen repeated—almost ubiquitous—comparisons to Eleanor Oliphant is Completely Fine. And I get that, and can kind of agree with it. I found the character and story in this novel better than Ms. Oliphant or her life. Although that book seems much more plausible. (and I quickly decided not to care).

Andrew's friendship with Peggy is wonderful, I wish we had more time with them working/hanging out. Peggy's a great character on her own—and if Roper were to write one of those ridiculous "same story just from someone else's POV" sequels, I'd have to cast aside my prejudice against those so I could spend more time with her.

Vance gives one of those audiobook narrations that convinces you there's no other way for the book to sound—if you read the text version, the voice in your head would have to be Vance. And if you'd never heard of him before, that's okay, because your subconscious would invent a voice just like his. 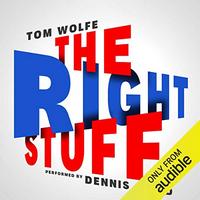 (the official blurb)
I read this book about 2-3 times a year from Middle School to the first or second year of college, and haven't been able to do it since (I've tried off and on). But when Audible had a sale on this earlier in the year, I had to give it a shot. Especially with one of the stars of the remarkable movie adaptation doing the narration.

Now an audiobook of Wolfe is a tricky proposition (at best). Wolfe's a master stylist. But so much of it (to me anyway) is how the words are on the page. His idiosyncratic capitalization, punctuation, visual rhythms . . . it's all about how the text shows up in the book. But Quaid gets close enough. So I was able to fully enjoy and immerse myself in this story about the early years of the US/USSR Space Race—the test pilots around Yeager's feat and then transitioning into the Mercury Program and a little beyond.

Wolfe educates and then entertains with the way he tells the story, editorializes about the events and people, and captures the essence of the various people involved. Listening to this brought me back to the first time I read this book and reminded me why I fell in love with Wolfe.

Quaid did the near-impossible here, he got as close to humanly possible to capturing Wolfe's style, sensibilities and je ne sais quoi. He didn't quite get it, but I can't imagine anyone doing better. It's probably one of my favorite audiobook performances to date. I'm going to go out on a limb here and say that Quaid guy just might have a future in show biz.