Hardship and Joy in Kyiv 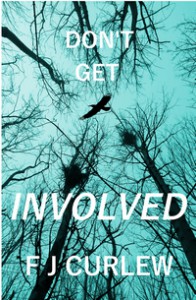 'I will be. The first layer of gauze has been wrapped around the pain.'

'Grandpa said that grief was like a wound. Time was like a dressing. A piece of gauze. At first the blood, the pain, flows through. Then, as the dressing gets thicker and stronger the flow stems, until it can no longer be seen. Sometimes a scab breaks. The blood seeps through again with a memory, but the dressing holds. With time.'

This book Kyiv, Ukraine in 2001, a time of unrest and change. The author lived there for awhile in 2001, and found her inspiration from that experience for this book. That gives it a level of authority, confidence and authenticity than would probably have been present otherwise.

There are two stories that run throughout this book—there's a little bit of overlap here and there,but primarily, they're independent. The first of these focuses on three street kids (beggars) who come into possession of a very large amount of a controlled substance. This is easily one of the biggest things to happen in their young lives and will have a significant voice about whether they escape this life they're in or find themselves in something worse.

The other storyline focuses on a Scottish teacher, Nadia, who has just arrived to help meet the large educational meet they have. The tone and overall feel of this storyline is so different than the other that you may find yourself wondering why they're in the same novel—but given a little patience, you'll see why. Nadia is befriended by an Australian teacher in Kyiv for the same reason and she meets and is pursued a young Ukrainian man with plenty of charm.

It's not easy to see where this gives you a Crime Novel, but there is one here—just not the kind anyone's used to. I'm not sure I'd have given it that label, probably opting for "General Fiction" instead, but that's the way it's being marketed, and I can see it. There's also a flash of magical realism or fantasy (I could make the case for either label) but there's a foundation laid for it so that when the flash comes, it's easy to accept. This is typically the kind of thing that annoys me in Crime Fiction, but Curlew prepares for it well—and it's such a nice way for things to go, that I enjoyed it.

Back in February, I blogged about Seraphina's Lament by Sarah Chorn. It's a fantasy novel and nothing like this book at all. But much of it was inspired by the Holodomor—a genocide that took place in Ukraine in the 1930's. Part of Don't Get Involved's narrative is shaped by and reacts to the Holodomor. I never would have predicted that I'd read one book exposing me to this horrific time this year, much less, two widely divergent works. I'd be glad for this book for this reason alone.

None of these characters have easy lives—even those that chose to be in Kyiv. But there are moments of lightness and joy for all of them, as well as darker realities. It's a good reminder that there is joy to be found in all kinds of circumstances if you will look for them. One of the kids, in particular, is gifted at this.

There is one sex scene that is longer and far more detailed than is necessary, but otherwise, Curlew will let that happen behind closed doors. There are suggestions and hints about child prostitution, but nothing explicit—this is not done for exploitation, but to show the harsh conditions and the extreme actions these kids have to take to survive.

I will admit that I spent a lot of time early on wondering why I was reading this novel, while I liked the characters and was curious about their lives, I just didn't get the book. But it grew on me slowly and without me really noticing. Ultimately, I found it to be pretty effective and affecting and I was wholly invested in it. I'm not entirely certain I liked the way the storylines resolved, but that's just taste—and I'm pretty sure I would've complained if she'd gone that way.

I ended up enjoying this novel a lot more—and in more ways—than I expected to early on. The setting, characters and story are just different enough from what I usually get that I think it'll stick with me longer than some novels, too. I do recommend this to readers of all types for a change of pace and an exposure to things you won't easily find elsewhere.

My thanks to F J Curlew for the invitation to participate in this tour and the materials (including the book) provided for it.