The first Hitchhiker's Guide to the Galaxy book was published 40 years ago on October 12, 1979. 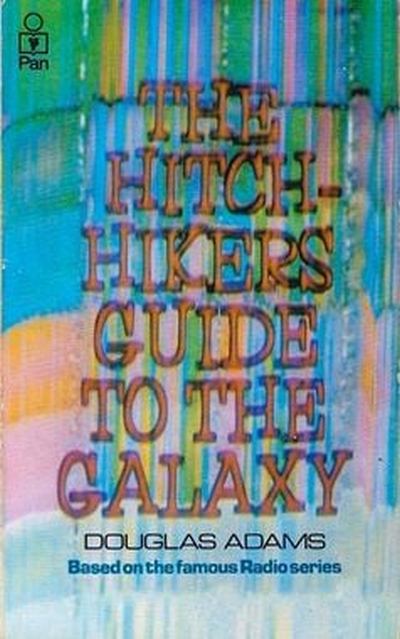 Just a couple of thoughts in response to this...I don't want to blather on. (if you want to see me blather on about the series, click here).

40 Years? Wow. Sure, a lot of it is dated, but most of it feels so fresh that he could've written it within the last year or two.

Yeah, that's the original cover—that's a long way from the smiling planet logo I'm used to seeing (and have tattooed on my arm).

On a related note, someone—multiple someones, actually—thought that cover was a good idea.

40 years later, it's still the benchmark. How many works from that era are still that important? (maybe some cinema)

Okay, that's actually all I've got—it's just cool to note big anniversaries like this. So, now we have.

Have you read this series? Got any thoughts/memories to share?