Gotta make this quick, off to the Boise Library!'s annual Comic Arts Festival to hopefully not spend all my spare change.

After a blunder last week that probably caused a little unintentional offense, I've tweaked my template for this post (specifically, the placeholder text). Invariably, when I do that, something goes awry—if something looks odd, would someone drop a line?

A pretty eclectic mix this week, hope you enjoy these odds 'n ends about books and reading that caught my eye. You've probably seen some/most/all of them, but just in case:

*Yes, I threw that in just for Bookstooge's reaction. To play along, watch the comments.

Lastly, I'd like to say hi and extend a warm welcome to Tammy (great site logo), Curled up with a good book, Kathryn Speckels and ChadeeMañago for following the blog this week. 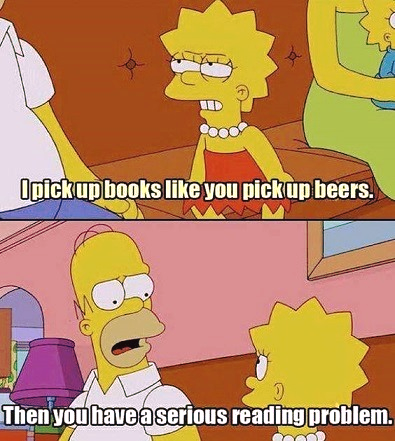