Indie Crime Fiction: A Niche of One's Own

Douglas Adams once wrote (in a detective novel, btw, so it's fitting), “I may not have gone where I intended to go, but I think I have ended up where I needed to be.” That describes this post—I had a pretty clear idea what I was going to say when I started this—but that's not where I ended up rambling about. Still, I think this'll work.
---
Since Jo Perry recruited me to take part in this celebration of Indie Crime Fiction, I've been wondering what I can say about the topic as a whole. What is it about Indie Crime Fiction that defines it, what separates it from "mainstream" Crime Fiction (I'm not entirely comfortable with that term -- but it's easier to say than "Crime Fiction Published by one of 'The Big Five'"). I don't mean to pit the two against each other—and I don't think they should be. It's not a Zero Sum Game—the better Indie Crime is written, sells, and is read the better "Mainstream" Crime Fiction will be written, sell, and be read.

So what is it about Indie Crime Fiction that makes it something to focus on—even celebrate? Like other forms of entertainment media—the last decade+ (largely since the advent of the Kindle) has seen an explosion in the number of options the consumer has. We have hundreds of TV channels—and dozens of streaming options ; we have a music industry so segmented by genre and interest it's impossible to imagine a star on the level of those produced in the 60's-80's. Novels have seen the same explosion—there are just so many options, so many choices, that no one can possibly get to read all of the options that appeal to them—truth be told, no one can know the market enough to know what's out there that might appeal to them.

What Independent Publishers—and self-publishers—can do that the Big 5 can't do, is appeal to a niche audience. They don't need a mega-seller to take care of the budget (and pay for mid-list—and lower—authors to get established and build an audience). I don't know—and don't want to know—the economics involved and just what they have to sell to make a profit, but it's not as much as Hachette or Simon & Schuster, that's for sure. But a niche audience tends to be very devoted and likely to proselytize.

Yes, there's not the marketing push behind them that some get from the "mainstream" (but even most of their authors have to do their own), and they have to rely on word of mouth—but word of mouth can be very effective. And in our heavily-curated social media world, word of mouth can be very effective—there's a good chance that someone you follow shares some of your tastes/perspectives/interest (that's why you follow them, right?). So something they talk about is likely in your—or adjacent to your niche. And niches abound in Indie Crime.

A small sample off the top of my head—which is just the tip of the very large iceberg—there's a niche for novels about*:

*This is off the top of my head, so details might be a bit off, the links are to my own posts, but you can find links to the author/publisher in them

And I could go on (and wish I had the time to)—and those are just niches that I've found—and I know there are more out there that would appeal to me as much (if not more) than some of those. Atypical protagonists, sometimes atypical crimes/cases, told in bold—sometimes unconventional—voices and styles. This is what appeals to me about Indie Crime Fiction. Sure, mainstream publishing does come up with things that are atypical—e.g., a 34-year old woman in Botswana moving to the city and starting a detective agency, a pre-teen girl in post-war Britain who keep stumbling over dead bodies, a dog narrating PI novels, a modern inner-city Holmes, a pre-WWI lady deputy sheriff turning New Jersey law enforcement upside down—and I'm glad they put those things out! But by and large you find the "quirky" (for lack of a better term) in Indie Crime Fiction.

A plethora of voices—and it drives me crazy to know I can't sample all that I want to, and that I won't even know all that I don't get to sample—telling a panoply of stories. This is what Indie Crime Fiction is about, what draws me to it, and won't let me go for the foreseeable future. 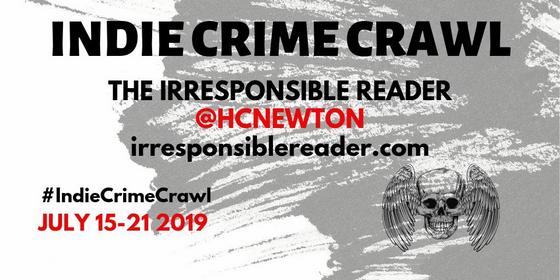