For a week that contained both a sober Monday holiday (I meant in tone, not in day off alcohol consumption for most) and the last week in the month I have a pretty long list today. Odd. I don't know if anyone's picked up on this -- over the past 313 weeks I've developed general outline that I like to follow with this post, and I try to get a flow going from one idea to another. It's hard to describe -- but for those who fixated on making the perfect mixtapes back in the 90's, you know the idea. This week defied almost all of my attempts for any of that. It's not important, and I'm 99.6% certain that I'm the only one who will notice. But I spent too much time last night working on it -- oh the silly things we find to obsess over. It's actually probably almost as much time to write and revise this paragraph than I spent on the effort, in point of fact -- but it distracted me for longer than that last night.

Also, it's just been a strange week around my house -- not good or bad, just strange. All said, I'm in a generally amused frame of mind (which led to me counting how many of these I've done). Hopefully that comes through...

I think I've babbled on long enough -- not quite Harry Knowles length yet, but getting there. On with the odds 'n ends over the week about books and reading that caught my eye. You've probably seen some/most/all of them, but just in case:

Lastly, I'd like to say hi and extend a warm welcome to Sesame Limited, devouringbooks2017, theguywiththebook and geekhutdrone for following the blog this week. 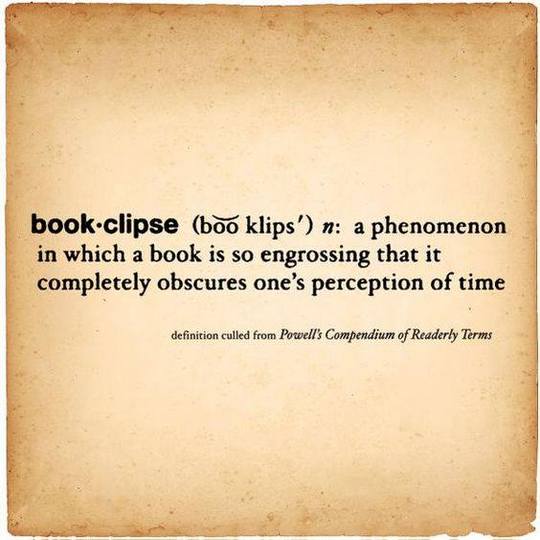