A Solid Beginning to a Portal Fantasy Series with a Twist 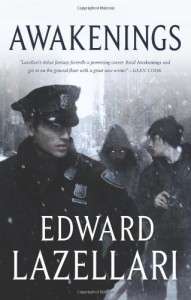 When I heard Lazellari talk about the setup to this novel/series on The Once and Future Podcast, I knew I had to give this a shot. I just love the premise -- to secure the future of a war-torn fantasy world, a group of loyal subjects take a royal infant into our world via a great magic working. Once here, something goes horribly wrong and they forget who they are and split up.

Thirteen years later, more people come into our world from theirs -- hunting for the now young man. Not as much goes wrong for them -- they retain their identities, if not all their magic (this just isn't the right kind of world in the multiverse for magic to work easily). Once they've somewhat acclimatized to Earth (aided by a spell or two), they begin hunting for the protectors and the child, er, teen.

Finally, one more traveler came to Earth -- a student mage (almost a full wizard, but not quite), Lelani comes, realizes what's happened and sets out to protect those being hunted and to restore their memories. Early on, she comes across Seth, who studied with her under the same master. On Earth, Seth's a deadbeat, drug-using photographer -- mostly of desperate young women willing to pose for just about any kind of picture for a few dollars (yup, mostly those kind of pictures). Honestly, you have to work pretty hard to not want to see him eaten by something out of the Monster Manual for D&D.

You really can't say that Lelani convinces Seth of anything, but he accompanies her as they come to retried the group's leader. He'd been part of one of the ruling families, and was a star among the Guard. Here, he's Cal MacDonnell, a police officer -- not just a police officer, but in addition to his career, he has a wife and daughter -- a whole family, one he doesn't want to abandon for the sake of a fairy tale (even if he's pretty sure that Lelani's telling the truth). I think it's this aspect of Cal's story that grabbed me the most -- he knows his duty, what's expected of him, but he can't just give up his life here to take up that duty. While Lelani tries to help them remember who they are, Seth and Cal set out to find the teen and their former companions.

The villains of this piece are more reminiscent of the more unsavory characters of Gaiman's Neverwhere than anything that Weis, Hickman, Eddings, Tolkein, etc. created. But that doesn't mean you can't see them roaming around some semi-medieval land, terrorizing the populace.

This book comes across as an Urban Fantasy novel, but it's not really one -- it's really an Epic Fantasy that takes place in New York. The feel is different than Urban Fantasy (but man, it sounds like I'm splitting hairs -- but I bet it won't when you read it). It's a portal fantasy, with a twist. A band of heroes in a noble cause, trying to stave off chaos -- not only for their world, but ours as well (now that the bad guys know where it is...a whole universe unprotected from magic and monsters).

The ending is clearly designed to propel you to the sequel (and it worked!), with Daniel in peril; Cal, Seth and Lelani poised to find him and the rest of the companions, and their foes preparing to eliminate them all. We've learned a lot about their world, but there's a whole lot more to learn -- ditto for the others who came here 13 years ago. Book two, The Lost Prince has a lot to accomplish, and I can't wait to see how it does.

Here's a bonus feature for a few readers -- this is a complete trilogy, the third volume came out last year. You can dive into this without worrying about Lazellari getting distracted by life/other projects. 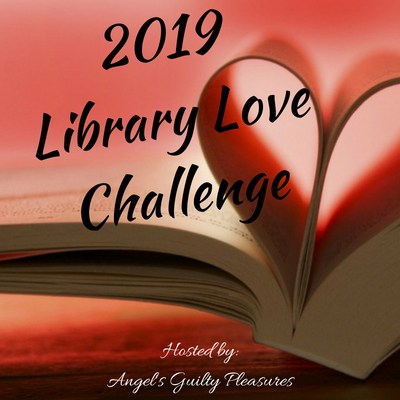