A Woman on the Run from the Law, Her Past and her Present 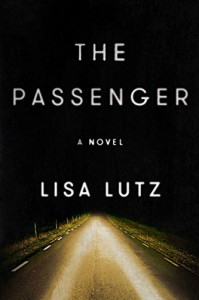 I tried to look calm and collected as I gathered my things under Ruth's watch, but I could feel this all-over shiver, a constant vibration of nerves that I had a hard time believing no one else could see.

"You in some kid of trouble?" Ruth asked.

"Don't fool yourself," she said. "It's all temporary."

Tanya Dubois' husband died in a stupid household accident. She wasn't heartbroken by this, but she wasn't pleased about it. Especially once she realized that while it was an accident, it was one that would at least get the police to take a good look at her while they were deciding that. So she tried to cover things up, only to realize very quickly that she couldn't, and that be starting to try, she'd made things look less like an accident. So the police would look even harder at her than they would've before. This would be a real problem for her because, technically speaking, Tanya Dubois' doesn't actually exist. So she grabs her dead husband's truck and as much cash as she can get (hitting up a few ATM's while she's at it to get more) and splits.

She trades in the truck for something else, trades in her (dyed) blonde hair for something shorter and brown, a wardrobe change and became a new person -- she says "I looked like so many women you've seen before I doubt you could've picked me out of a lineup." Which is a pretty telling way of talking. She's also able to make a phone call and demand a new name, new identification and some cash. By the time she arrives in Austin, she's Amelia Keen.

Amelia meets a bartender named Blue, who sees through her right away, but isn't going to try to turn her in or anything. Mostly, she wants to know where she got such a great passport. Not that either woman tells the other what brought them to the name and place they're at, but they know that something similar as brought them to this point. Neither trusts the other, but in one way or another, to one extent or another, they need each other. At least for a little while -- maybe longer.

At some point, for reasons you should discover for yourself, she leaves Austin and heads west. Then she has to leave that one behind and head elsewhere -- eventually, she covers a pretty decent amount of ground, and involves herself in some pretty interesting situations -- becoming both a hero and a villain on multiple occasions. All the time proving what Ruth said above, "It's all temporary." Well, except one thing -- the past. That's forever, as Tanya/Amelia/etc. learns.

Scattered throughout the book are emails between a Ryan and a Jo -- starting years before the Tanya's husband's tragic fall, but eventually catching up to the present time. These provide us with a good idea of the life that was left behind by the woman who lived as Tanya and Amelia and so many others all without coming out and telling us that led to her leaving.

Something about Blue made me think of Alice Morgan from the first series/season of Luther (yes, I know she's in more than that, but keep that vision of her in your mind) -- and that image stuck, I don't care what Lutz said she looked like or sounded like -- I heard and saw an American version of Alice when Blue was around. Not the murder her own parents vibe -- but the charming, dangerous, potentially duplicitous and erratic, while friendly and helpful vibe. (wow. Could I have qualified that comparison more? Probably, but I'll hold back)

I never had a good handle on Tanya/Amelia/etc., primarily because I don't think she did either. We (the readers, and I think she herself) got close to something real with Debra Maze -- but she had to abandon that one quickly (too quickly, I liked that existence for her, as doomed as she and the readers knew it was).

There are plenty of other great characters, great moments through the book -- some horrifying, some tense, some . . . I don't know what to say. There's a Sheriff from Wyoming -- he's not Walt Longmire, but they'd probably get along just fine -- who is probably my favorite non-Tanya/etc. character in the book. We don't get enough of him, but I'm not sure that more of him wouldn't have hurt the story overall. There's another bartender who is nothing like Blue, and probably one of the better people we meet in The Passenger, some depraved folks as well -- one family that you cannot help but feel horrible for.

There's a good number of twists along the way, a reveal or two that are really well executed -- one I didn't see coming (not only didn't see coming, I didn't even consider as an option). In general some pretty good writing and story telling.

I've been trying to get to this for years -- and every time I get close (close = it's one or two down on my list), I have one of those "Squirrel!" moments, and forget all about it. Well, I finally got to it -- and was honestly underwhelmed, maybe it was the mental build-up. It didn't have the Lutz humor, that's for sure -- even How to Start a Fire had some good chuckles. But that's okay, she doesn't have to be funny to be good (see the non-funny moments in How to Start a Fire). I also think Karen E. Olson's Black Hat series handles the woman running from her identity and past better (at least in a way that captures the tension and the fear better). Which is not to say, at all, that this is a bad book -- it's not. It's also not as good as I think Lutz is capable of.

Oh, and the story behind Tanya/etc.'s tattoo? I loved it. Should probably give the book another half-star just for it.