Hey! I'm back -- I think. We've moved into a different place for the remainder (probably) of our time away from home -- a Ronald McDonald House. It is great -- by the way, absolutely worth tossing your coins (or bills or checks) into the boxes while getting some fries and whatnot -- anyhow, their WiFi seems pretty stable, and there are no immediate plans to update it (I think it was a bad job of installing new hardware that killed things at the last place -- the poor hotel staff didn't have a clue what to do with so many angry customers). I should be okay for the foreseeable future. Thankfully, I was still able to pull together a few odds 'n ends over the week about books and reading that caught my eye. You've probably seen some/most/all of them, but just in case:

Lastly, I'd like to say hi and extend a warm welcome to Leah's Bookish Obsession and Johnny for following some form of the blog this week. 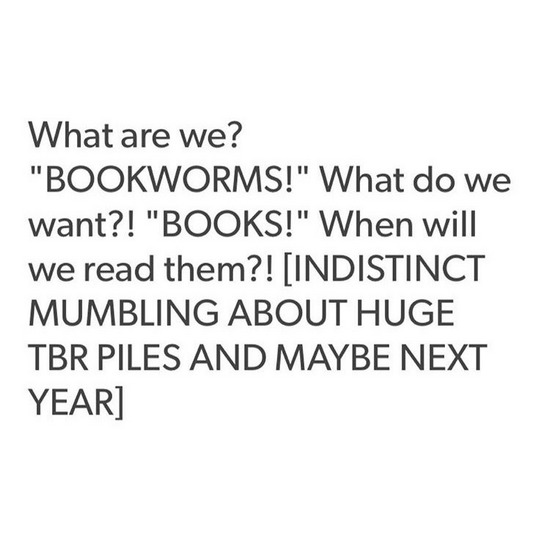