Altogether less expensive, and I didn't have to talk in a higher-pitched voice -- not even once.

Yeah, I clearly need more practice at taking pics like that. Anyway, I grabbed The Vinyl Detective - Written in Dead Wax by Andrew Cartmell (mostly because Ben Aaronovitch talked a lot about the books on Twitter and whatnot). My Blind Date is with Fonda Lee's Jade City, described as "Fantasy/Adult" and "The Godfather but with magic" (or words to that effect). And then I also purchased -- and got signed -- the new version of Devri Wall's Venators.

Back in 2016, I read and blogged about Devri Wall's The Wizard's Heir and Venators: Through the Arch, and she was nice enough to answer A Few Quick Questions for me. We got to chat about why there's a new version of the book, when to expect the next in the series, and what not. My wife, who actually thinks about things other than books, suggested getting a picture (ever the rookie, my fingers are covering the title). 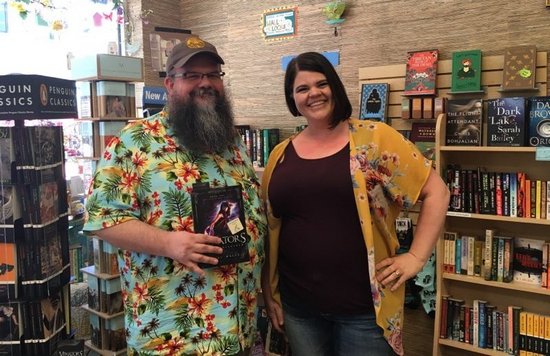 As part of the game at RD, I had to take a couple of pics, I might as well throw them up here. One task was to take a picture of the bookstore -- here's the rare empty spot today (filled up seconds later). Another task was to take a photo of a Non-Fiction book with a great cover. I don't know that I'll read Best Before: The Evolution and Future of Processed Food, but that's just a great cover. 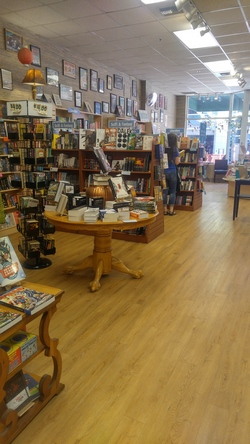 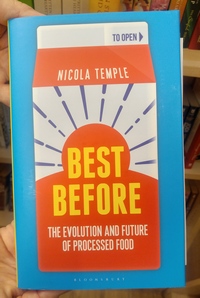