Looking back at 2017 for Books and the Blog

As we kick off 2017, I wanted to take a glance back at 2017. 260 books read -- I exceeded my goal (nothing like exceeding an arbitrary number to boost the ol' ego), 395 posts (short of my goal by a couple hundred, and worse -- almost 50 fewer than 2015!). I had some strong gains in traffic -- views and visitors -- and I'm also seeing good growth in followers here and on various social media fronts, which is encouraging as all get out.

So here's my breakdown of books by genre, like the one I did last year. Genre labeling is more difficult this year, I read a lot of hybrids, but I tend to go with the overarching genre (for example, Artemis is a SF and Crime hybrid, I went with SF). Mystery/Suspense/Thriller is back to where it should be. SF and Fantasy took the hit to make up for that. it's been forever since I've read a Western, I guess (at least one that wasn't a hybrid with Urban Fantasy or SF or something). Theological books went down in actual numbers, not just percent -- but I read some big, technical stuff this year that took a lot more time/energy to read, so I'm not too bothered by that. Still, for someone who doesn't plan too thoroughly, the percentages stay remarkably the same from year to year -- tastes (and series I follow) apparently stay the same.

Have a great 2018, hope you find plenty of good things to read! 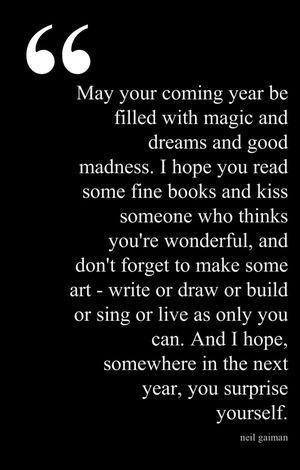