The deuces are wild with this Bosch/Haller thriller 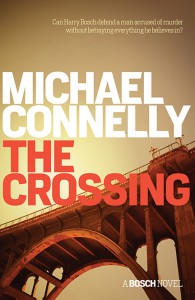 Harry Bosch has been forced into retirement, but he hasn't lost sense of his mission -- to find killers and make sure they are brought to justice. But he's trying to fill his day with rebuilding and restoring an old Harley-Davidson. Which basically means that his half-brother, Mickey Haller, doesn't have much work to do when he tries to convince Bosch to do some investigative work for his defense of an innocent man.

There is one huge hurdle -- Bosch feels it's a betrayal of everything he spent his career doing. Haller assures him that anything that hurts his case that they find they'll turn over to the prosecution, which helps. But what really gets Bosch on board is his mission -- if Haller is correct and his client is innocent, that means the guilty are going free and that just doesn't sit well with him. So after meeting with client and reading through the file, Bosch jumps to the other side, something he knows he'll never be able to live down, and that will burn some bridges with his former colleagues.

Bosch has to learn to work without the badge -- how to access people, places and information (and parking!) without the LAPD standing behind him. But the essence is still the same, follow the evidence, make sure there are no loose ends, and adapt quickly -- but now there's less bureaucracy, and less of a need to justify following a hunch.

I loved seeing Bosch fighting his instincts to open up to the police, to want to hand things over to them whenever he can, rather than to keep information for Haller to use at trial. Bosch just can't think of defending someone, his focus is all offense. I had a little trouble believing how little communication there was between the two during Bosch's work -- and, really, I wanted to see more of Haller -- but I think a lot of that had to do with Bosch's guilt over working for the accused and his different perspective about what to do with his suspicions about someone else.

There's some great stuff with Maddie -- Bosch is trying so hard to be a good father, but just doesn't understand everything his daughter's going through on the verge of high school graduation. He knows exactly how to get a witness (however reluctant) or a suspect to talk, he understands just what makes them tick, but his daughter is so frequently a mystery to him. I know some didn't like Maddie's addition to the series, but I love the interaction between the two.

At this point, I don't need to talk about Connelly's skill -- that's more than evident to anyone who's read more than 20 pages of one of his 30-ish books. What we have here is the latest way he's found to keep Bosch fresh, to keep the series from repeating itself. And it works so well -- crisp writing, perfectly paced, not a word wasted, and a resolution that'll satisfy fans of Bosch and Haller. I've been kicking myself for not getting to The Crossing when it was first released, and I'm more than happy I've found the time to read it -- it's so good to spend time with Bosch again. This will work for readers new or old -- as long as they're looking for a strong detective story.