A FBI manhunt for a unique serial killer 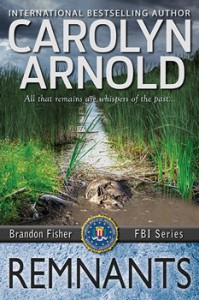 After some strong storms go through the area, some dismembered body parts are discovered in and near the Little Ogeechee River in Savannah, Georgia. While the local law enforcement is unable to quickly identify who the parts belonged to, it was clear that multiple victims were involved, and a FBI team is called in to investigate. The limbs don't come with any identifying marks outside of DNA, making it incredibly difficult to identify the victims -- which increases the difficulty in determining why they were chosen, and therefore who might be doing the dismembering.

It's going to take some out-of-the-box thinking, and no little bit of luck, for profiler Brandon Fisher and the rest of his team to come up with suspects before the killer strikes again.

Once a theory of the crime is starting to develop, one team member displays a fairly detailed and technical understanding of a fairly esoteric subject. Which was convenient in that it helped flush out the theory, but was a little hard to swallow. Something we learn later about that character (long-time readers probably know it already) makes it a little easier to accept, but not totally (at least for me). It's a minor thing, and it didn't detract from anything -- just made me roll my eyes.

The one complaint I have with the writing is the voice -- it doesn't change whether the chapter is in the first person (as Brandon) or third person (focusing on other agents or the killer). Other than that, the pacing is good, the twists come at the right moments and the plotting is strong, Arnold's a good storyteller.

I'm not sure if it's typical for Agent Paige Dawson, but she really connected with the victim's families. It's not often -- or at least not often enough -- that this kind of attention is given to those characters. That was a nice touch. I'd like to spend more time with all these characters, Paige probably most of all.

There are a few nuances I missed since I haven't read the previous 7 books in the series, but only nuances. There's nothing keeping someone new to the series -- or someone looking for a standalone -- from getting everything you need to from this book. Arnold's kept this very newbie-friendly, which is nice.

This isn't the most exciting or revolutionary - or, thankfully, most disturbing -- serial killer novel you'll find. It is a solid procedural with believable characters (on either side of the law), an interesting solution, and some credible emotional beats. This is an entertaining read and if the rest of this series is of similar quality, it's worth your time to check out the others, too.

Disclaimer: I received a copy of this book from Hibbert & Stiles Publishing in exchange for this post. I appreciate the opportunity to read this book.