A Fun Beginning to a MG Fantasy Series 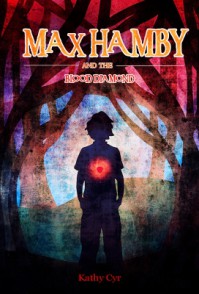 Max is, I'm assuming, somewhere between 9-12 -- like the target audience of the book -- (it's entirely possible that the book said his age and it didn't stick with me -- I'm not sure it matters that much), school doesn't really seem like his thing, he's a target of bullies, doesn't seem that fond of his teacher. While on a field trip, more than a couple of things go wrong, inexplicably so (shades of a certain someone's visit to the Zoo for his cousin's birthday). Before he has a chance to get in trouble, he learns that his mother has disappeared, and he's going to be cared for by a neighbor.

Soon, he learns that his neighbor, his mother -- and everyone in his subdivision -- has some sort of tie to magic. His mother hasn't just disappeared, she's been taken. Max is thrust into a world of guitar playing giants, always hungry trolls, dwarves, pixies and more family than he knew he had.

He also, it turns out, has more enemies than he knew he had -- and most of them are far worse than any school bully. Max's family are guardians of an ancient artifact that holds back great evil. Now, with his mother's life hanging in the balance, Max has to learn magic, and stand in opposition to forces he thought were fiction just days ago.

This would be a fun series to pick up for those who want something in the vein of Harry Potter, Fablehaven, or Percy Jackson. In many ways, this isn't anything those readers haven't seen before. But Cyr's take on it is about as strong as you could ask. She does some things that no one's seen before, too -- don't misunderstand -- but it's familiar enough that it's easy for a reader to feel comfortable in. Cyr writes with a good combination of lightness and tension, with enough twists and chuckles to grab her audience just right -- with an ending that almost demands a prompt reading of the sequel.

<i><b>Disclaimer:</b> This was provided to me in exchange for my honest take on the book, which I really appreciate.</i>