A diet plan you won't believe. 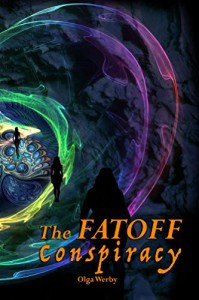 This is a pretty creepy dystopian tale about a culture on the brink of disaster (self-caused, it should be stressed). Americans have lost the war on obesity and all but the elitist of the elite are dangerously obese (while tucking away a good portion of that fat into a pocket dimension), in pain, struggling, dying young and yet eating almost constantly.

Cindy Rella (and yeah, it took me until the 27% mark to figure out why that name rang a bell) comes up with a long-shot scheme to get herself government assistance to restore her to her formerly thin and healthy self). Cindy's plan falls apart in a very dramatic (and embarrassing) fashion. Her life falls apart soon after -- thankfully she has a couple of friends.

One of whom is involved in an underground movement to restore the place of actual food in the world and remove the whole food industry that is slowly killing the populace. Cindy starts exercising a bit, eating better -- nothing extreme, just basic weight-loss stuff: eat less, move more -- focusing on real food, not the SF foodstuff they're all eating. The diet stuff was worked in pretty well -- Werby doesn't beat you up with it.

Most novels of this type would've spent a chapter or two explaining the Tech better, explaining how society got to where it was (who in their right mind starts this?) and is in. Werby just dives in to the problems, to the Tech breaking down and leaves the past in the past. Maybe in other books, I'd want more explanation, I'd want the background, but it works here. Honestly, I'm not sure that I want to know how society got to this point, because I'd like to eat sometime this month, and I might not be able to if she got into it.

The characters were okay. I liked Cindy and just about everybody else -- there were a couple of villains who could've been better developed. Actually, this is one of the weaknesses of the book -- everyone could've been a bit better developed. It's like she took the cake out of the oven 5 minutes early (okay, not the best metaphor for the book, maybe I should've said she had us sit down when the bench's new paint job was allllmost dry). Outside the basic plot and worldbuilding, everything needed just a bit more nuance, filled out a bit.

I enjoyed this book, but it could've been a little better. It was enjoyable and kept me interested -- and a little horrified once all the pieces were revealed.

Disclaimer: I received a copy of this from the author in exchange for my honest -- and belated thoughts.Sorry!