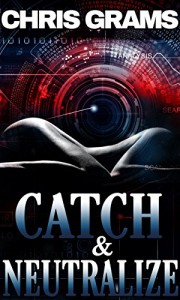 Before I get into this novel, let me tell you a little about my process: After deciding to read a book, I tend to forget what it's about rightaway -- if for no other reason than I'm too frequently tempted to predict what the book'll be like. So when it comes to series and/or author's I like, all I need to know is "Oh, a new Faith Hunter book is out!" or "Ahhh, a Jonathan Tropper that I haven't read -- sweet!" That's all I need. Similarly, when it's a book by someone new, or a new series -- or when an author (case in point) asks me to read their new book -- once I've decided I'm down for it, I'll let the details slide, so I'm fresh for the book.

So when I opened this one (see, there's a link) and read the first few chapters, I kept asking myself "I said 'yes' to this?" Not because it was bad -- it wasn't -- it's just not the kind of book that I'd normally read. A little later, I went to log that I'd started the book in Goodreads and read the blurb there -- I didn't recognize it as the book I was reading. A chapter or two later, it was exactly what the blurb said. And that's both good and bad. Let's see if I can explain my point.

In the first few chapters we meet Mark -- a super-smart geneticist who's also (for good reason) super-jealous. He's pretty sure his wife is having an affair (as is the reader), and he's understandably upset. He takes a few steps that most husbands don't -- but most husbands don't have his apparent personal budget or friends in the right fields. He also happens to meet a willing accomplice -- perhaps too willing, as she's young, pretty and talented, and a little tempting for a guy who's pretty sure his marriage is on the rocks. But whatever -- now, at this point, I'm interested, invested -- I'm rooting for Mark (at least a little), and really hoping he doesn't end up killing his wife or something similarly stupid/misguided.

Insert the sound of a needle scratch, because we're done with Mark at this point -- without warning or anything, and we meet Angie (Mark's wife) and Tiffany, and a little creep of a waiter. We learn at this point that Angie's been faithful, is actually ga-ga over Mark and the actions that have led him to his horrible conclusion are actually her working for a vigilante group that takes down criminals who've gotten away with crimes against women and children. It turns out that Tiffany is, too -- but she might be playing a little fast and loose with the organization's rules. There's a strange combination of play and danger in the interactions between Angie and Tiffany -- it's pretty fun as long as you think of them as fictional characters. If you think of them as real people, it's just scary.

And that feeling gets so much worse once Tiffany and Angie get their hands on a couple of rapists and pedophiles. This is also where things between the two women go off the rails. It's not long after this that Mark comes back into the picture -- and the book changes again. It was Book A with Mark's chapters, it becomes an entirely different book (B) in the Angie and Tiffany focus (the one that matches the Goodreads/Amazon/Gram website blurb -- and was the kind of book I'd normally be interested in) and then becomes Book C after Mark shows up (and maybe becomes D a little later). Where most authors would've intertwined A and B, so that C flows from them; this is almost like changing the channels on TV between the three. I'm not saying it's good or bad -- it's jarring and unexpected, but maybe that's what Grams was going for -- it actually kinda works. But man, it made for odd transitions. Along this lines, the dénouement has the feel of an entirely different book, too -- something like the overly-cheery final scene in a 80's cop drama.

Now, there's some tense gunfighting scenes, some torture, some double-crossing, and a whole lot of questions that aren't answered. Each of the books I mentioned above are pretty well-written and grabbing, if somewhat disturbing -- it's just bringing them together that didn't work for me. The characters are well-constructed -- sure they might act in ways that are hard to understand sometimes, occasionally in near-insane ways -- the reader will be drawn-in and compelled to keep going with these people.

Oh, and the little creep of a waiter? Yeah, he turns out to be worse than initially thought (and, I promise you, his first impression is a bad one), and well, things really don't go his way.

This is definitely written like it could kick-off a series, and if that's the case, I'm very interested in what comes next, if for no other reasons than so I can see if Grams can pull it off. But mostly, because I'd like to see what comes next

Disclaimer: I received a copy of this novel from the author in exchange for my honest opinion -- I hope she doesn't regret that too much, especially since I let our agreed upon posting date pass without a word. Ms. Grams, you're a class act. Thanks.