Top Ten (and a bonus) Books from My Childhood

I was bemoaning how long my current read was the other day and how it was going to leave me without a post for today, and my ever-so-clever daughter suggested, "Why don't you list the Top 10 Books from your childhood?" That sounded pretty fun, so I figured that I might as well. It turned out to have been better than I thought, so kudos to her.

Ranking them really would be impossible, but the 11 came to mind really without any effort, and I couldn't axe one of them, so there's a bonus entry to the list. All of these I read more than I can count -- if they're part of a series, these were the ones that I came back to most often. The links are to Goodreads pages because I can't find good official pages for all the books/authors (a true sign of my age, I guess).

Enough of that, on with the trip down Amnesia Lane: 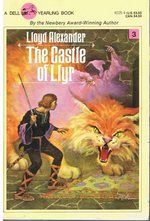 The Castle of Llyr

The Chronicles of Prydain taught me most of what I needed to know about Fantasy (augmenting The Chronicles of Narnia's lessons). Fflewddur Fflam here is at his best, I think it's here that I fell in love with Eilonwy, Taran's more of a real hero than before, and you get plenty of Gurgi (who I just have to mention because thinking of him makes me smile). There's peril, the characters grow more than they have before, a hint of romance . . . it's not the most important book in the series, but I think it's pivotal. 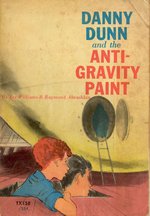 Danny Dunn and the Anti-Gravity Paint

by Raymond Abrashkin and Jay Williams

I didn't know until today that this was the first in the series, I always figured it was mid-series. It's the only one of the series that I owned -- thankfully, the library had a few more -- so it's the one I read most. It was also my favorite -- I just loved the stuff at the edge of our solar system and Prof. Bullfinch and Doctor Grimes making musical instruments from their hair -- stupid as all get out, but it worked for me. 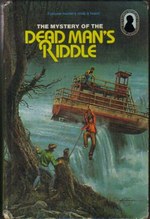 The Mystery of the Dead Man's Riddle

While Encyclopedia Brown (see below) got me reading mysteries, it was The Three Investigators -- Jupiter Jones, Bob Andrews and Pete Crenshaw (btw, the only thing there I had to look up was Pete's last name -- not bad for a series I haven't touched since the late 80's) got me hooked on reading detective series. The Dead Man's Riddle was one of my favorites -- and I think the first or second I read -- something about the Cockney slang kept bringing me back to it. I read what I do today because of this series, really. 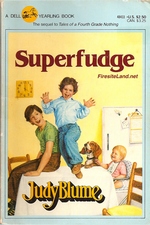 I remember Tales of a Fourth-Grade Nothing being funnier, but this was a better story -- the Fletchers leaving NYC, Peter maturing, Fudge being a real pain, not just a cute nuisance. Blume taught me a lot about how to read non-genre stuff, probably paving the way for Hornby, Tropper, Weiner, etc. 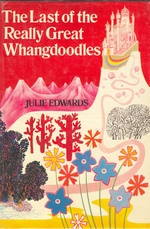 The Last of the Really Great Whangdoodles

What a great world, what a great magic system . . . I'm not sure I can express what this book meant to me as a kid, and the copious warm-fuzzies the memory brings up. 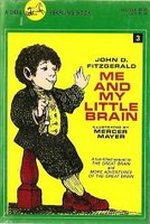 Me and My Little Brain

Sure, the series was supposedly about Tom, but J. D.'s the real hero of the books. He has a conscience, a better moral compass than his brother -- and is probably just as smart. This is the book that lets him shine as he ought to have all along. All the books had their strong points, and were fun, but this ruled them all. 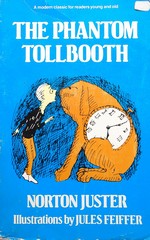 Such wordplay! What a great, twisted way to teach how important words and ideas are. Seriously, just a wonderful book. The humor is so off-kilter, any appreciation I have for puns came from this book (and it set the standard that a pun must achieve for me not to groan). If you haven't seen the documentary about it, The Phantom Tollbooth: Beyond Expectations, get on it. (I contributed to the Kickstarter for it, I should add). 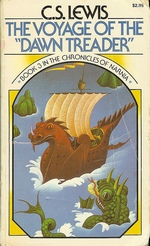 The Voyage of the Dawn Treader

I remember the bookstore where I bought this, the date and month that I bought it, and reading a good chunk of it before I got home. I read this one more than the rest of the series (Prince Caspian a close second). I just love this one -- you get Reep at his bravest and funniest, some really odd creatures, an epic story, and Eustace's redemption (back when I did crazy things like this, I almost got a tattoo of Eustace as Dragon). Who could ask for more? 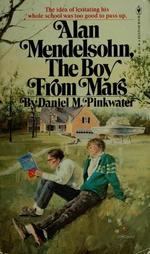 Alan Mendelsohn, the Boy from Mars

Pinkwater has funnier and stranger books (both before and after this one), but there was heart, there was depth -- there was length! -- to this story about a kid who didn't really fit in until he made a friend who didn't want to fit in. This is another one where I can peg the place and time I bought it. Science Fiction-y in a real world (didn't know you could do that!), comic book geeks as heroes, and real non-sanitized-for-kids emotions. There's no way this wouldn't be a favorite. More than the rest on this list, I'm thinking of finding my old copy and taking it out for another spin (because I just read the next one a couple of years ago). 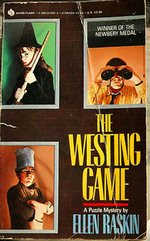 by Ellen Raskin If I had to pick one off this list (and I don't), this would probably be my favorite. I re-read it two years ago, and it was one of my favorite experiences that year with a book. The characters are great, the story was so clever, the writing so crisp. There's nothing wrong with this book at all.

I saw a hardcover reprinting of this on Monday, and had to fight to resist buying a new copy. Kind of regretting that now. 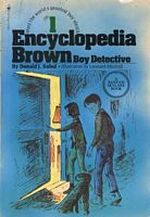 Summer after second grade, we were on a forever-long road trip and I was bored, so I demanded my parents buy me something to read. I must've been a real snot about it, because at the next town, they did. I got two books, this one and Sugar Creek Gang Screams in the Night (not the best in the series, but it was good enough to read several times). It blew me away -- I loved the puzzles, the characters, the idea. I wanted to be a P. I. This was my first mystery book, and it clearly set the stage for most of what I've read since (about a third of what I read).

Were you a fan of any of these as a kid? What were some of your faves? Have you read them lately?