Catch Up: Walking the Perfect Square; The Drop; and A Bitter Feast

Time for another catch-up post because: A. I should've had these taken care of months ago, and B. because I'm having a really hard time writing up Butcher's The Aeronaut’s Windlass 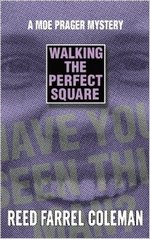 Moe Prager is waiting to call his daughter on her birthday, but before he can do that he answers a phone call that may lead him to solving an old missing persons case. It's a case that he investigated twenty years previously, shortly after an injury forced his retirement from the NYPD. We spend most of the novel in the 70's, with brief looks at Prager's present, tracing his work on the case. As a mystery novel, it's okay. Nothing special, but it kept my attention, kept me guessing, and was entertaining enough. Which is a decent start for a series. By the end, I'd really started to enjoy Prager and wanted to see where he goes from here -- either the 70's or 90's (although I'm pretty sure the series sticks with the latter). Stylistically, this was pretty cool. Though published in the early 2000's, the flashback segments feel like they could've been written in the 1970's/80's. The present day material felt like it was written in the late 1990's, and yet they were definitely of a piece. I'm very impressed that he pulled that off. The last few paragraphs turned this from a decent mystery novel into a really good one -- and if my mood had been a bit different at the time, they could've earned it a 4-start rating. The ending really does elevate the whole -- while it sends you reeling from a serious gut punch. I really should've gotten back to this series, but I didn't want to color my take on him as he started his tenure with Jesse Stone -- but that's passed now, time to get busy. 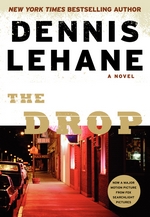 For Lehane, this was light and breezy. Bob Saginowski is a bartender in his cousin Marv's bar (well, it's not really Marv's anymore -- the Chechen mafia owns it now, Marv just runs it). Bob's down-on-his luck, living in his deceased mother's house, going to her Church, and trying to get by. A couple of days after Christmas, he finds a dog in a trash can. He takes the dog home and finds himself a reason to keep going -- it doesn't hurt that there's a woman tangentially involved, but he'd be a devoted dog owner regardless. There's a possibility for romance on the horizon, but there are a few obstacles. Said Chechen mafia, for one. Marv's dreams for getting one over on them. A couple of armed robbers. A Boston PD detective that attends the same Masses as Bob. The guy who disposed of the dog and seems to be having second thoughts. And Bob's own mysterious past -- and penance can't seem to erase it for him. But if Bob can manage all that, he just might find himself a little slice of happiness. It's not a typical Lehane story, but it works. Lines like these help:

Happiness made Marv anxious because he knew it didn't last. But happiness destroyed was worth wrapping your arms around because it always hugged you back.

The traffic had thinned considerably as they drove past Harvard Stadium, first football stadium in the country and yet one more building that seemed to mock Marv, one more place he'd have been laughed out of if he'd ever tried to walk in. That's what this city did -- it placed its history in your face at every turn so you could feel less significant in its shadow.

(the movie based on this novel -- adapted by Lehane -- ain't too shabby, either.) 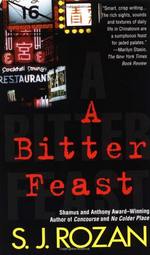 Throughout this book -- but especially in the first chapter -- if you don't feel the foreign-ness, the other-ness, of Lydia's Chinatown, you aren't reading it right. Which doesn't really make it different from the other books in this series that are from Lydia's POV, it just seemed particularly strong in this one. There's more than a clash of cultures with this case -- there's a clash of generations. Between those who think like transplanted Chinese, and those who think like American Born Chinese. Some restaurant workers are trying to unionize, and some owners (who may or may not have less-legitimate other businesses) aren't too keen on it. There are some bullets and some bombs involved -- which is pretty much where Lydia comes in. If she can identify, once and for all, who is taking this clash and making it violent, it can be stopped (and, well, the other side will probably end up carrying the day). I'm not really certain that I need a case -- or a plot -- I could read a short novel-length work of Lydia and Bill just chatting over tea and espresso. Outside of Wolfe and Archie -- or maybe early Spenser and Hawk -- I can't think of two characters I enjoy "listening" to more conversing with each other. Narrative-wise and character-wise there's nothing particularly interesting here, instead it's just what you expect from a Lydia Chin book. Good, solid entertainment from a very reliable author.