Probably the best of the series 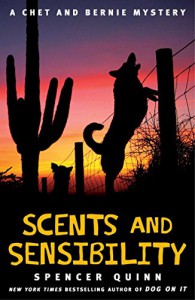 Bernie Little is back from his cross-country adventures, not much worse for wear, probably with a little coin in his pocket (knowing Bernie. He gets home to find one of his elderly neighbors in the hospital and her husband being investigated by some overreaching environmental authority. Which gets Bernie's protective instincts engaged. Oh, yeah, and there's a hole in Bernie's wall where a safe used to be. That's in the mix, too -- but it takes a back seat to the Parsons' plight.

It seems that the Parsons' son was recently released from prison, making the timing of Mr. Parson's troubles (and the missing safe), a little suspicious. Bernie starts investigating the son -- which leads into looking at the crime that put him away in the first place. Which leads Bernie to cross paths with an old rival. An old rival who may have had something to do with the fact that Bernie is no longer employed by the Phoenix Police Department.

The past and present mingle with the personal and professional for Bernie as the case gets more complicated and dangerous. Which makes this a pretty decent detective novel -- then throw in our loyal narrator, Chet with his uniquely irrepressible voice and perspective. That's a thick layer of icing on a pretty good cake.

Which I guess makes the presence of a young dog who looks and smells like Chet (he's the source of the latter observation) a nice fondant?

I think the illustration is getting away from me, so I'd better move on.

There are a few certainties in crime fiction, in every novel: a vehicle operated by Stephanie Plum will explode; Nero Wolfe will have beer; Harry Bosch will listen to jazz; and Chet will be separated from Bernie. Sometimes, this annoys me because it seems so forced, but this time it snuck up on me so naturally that I was three or four paragraphs into it before I realized it had happened. There's some other Ce and Bernie mainstays here: Bernie says something he regrets to Suzie; Bernie's ex seems to go out of her way to misunderstand Bernie, Chet is spoiled and eats like a goat. Really, it has all the elements of this series, Quinn just uses them better than usual here.

A compelling story, the characters back in their stride, and we learn a little bit more about Bernie -- if that's all this had, I'd jumping with excitement. But when you add those last few paragraphs? Forget it -- this is the best thing Quinn's done since introducing us to this pair.